<<< Back To Chamblee Real Estate & Homes For Sale

About The City Of Chamblee 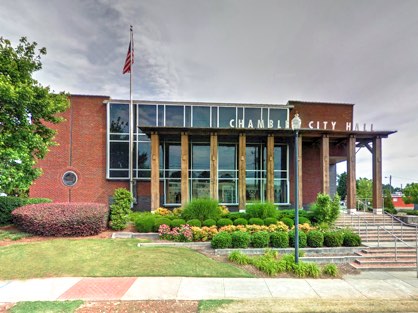 Chamblee is a city over 100 years old located in north DeKalb County in between the cities of Doraville and Brookhaven. Its motto, “A City on the Right Track,” and the “Community Feel.

Global Appeal,” slogans it has recently adopted, do a good job of describing the culture in the up and coming city. Recently, Chamblee has revitalized itself into a popular area for young professionals and families, alike.

Numerous annual events take place within its limits, and shopping and dining options are opening all the time. Its neighborhoods are popular, as well, with Ashford Park, Keswick Village, Huntley Hills, and Sexton Woods lying within Chamblee’s borders. Its diverse communities and family-friendly events make Chamblee a trendy, up and coming city.

Originally dairy farms, the city of Chamblee became the popular city that it now is during the late 1800s when two railroads were built through the middle of the city. One went from Atlanta to North Carolina while the other carried workers to and from Roswell. Eventually, the US Post Office built an office near these railroad tracks, and the city of Chamblee was born in 1907.

Chamblee was a military site during both World Wars I and II, an event that helped the city grow exponentially. General Motors opened its plant just after World War II and brought an influx of blue collar workers into the city, along with numerous businesses along the quickly-growing Peachtree Industrial Boulevard.

Chamblee is known for its antique row, the largest collection of antique and vintage stores in the southeast. More than 14 shops are clustered together, making shopping an easy and exciting venture. In recent years, numerous boutique restaurants have opened to much fanfare. From small lunch cafes to popular dinner destinations, the restaurant scene in Chamblee is one to keep an eye on.

Chamblee is also home to around 50,000 Chinese-Americans, which has led to Atlanta Chinatown. Nearby to the MARTA station and multi-cultural Buford Highway, Atlanta Chinatown is an excellent example of a modern Chinatown with interesting food, shopping, and cultural activities available there. Atlanta Chinatown is located in a shopping center which houses bakeries, restaurants, cosmetic stores, bookstores, and a Chinese newspaper.

In recent years, Chamblee has made the decision to push hard for revitalization, and development within the Chamblee city limits has exploded. Numerous luxury apartment and condo buildings have been constructed. The revitalization of Chamblee Plaza (now The Blee on Peachtree) is in the works, with plans for a food hall, pocket park, retail space, natural foods grocery, artists market, and loft-style apartments. A Whole Foods is planned for the intersection of Ashford Dunwoody and Peachtree Boulevard, and many of the car dealerships further north have remodeled and expanded.