<<< Back To Doraville Real Estate & Homes For Sale

About The City Of Doraville, GA. 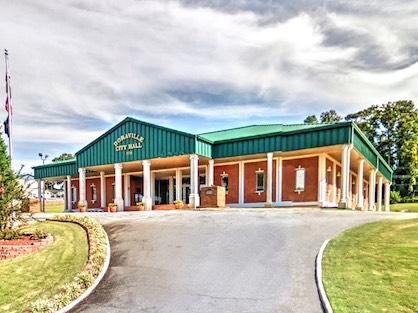 The city of Doraville is rich with history and alive with passionate residents. From the GM plant to the new movie studio, Doraville is small but fierce.

Located just 10 miles from downtown Atlanta, Doraville is a favorite of those looking to live close to the city without the chaos and expense of city living. Around 11,000 people call Doraville home.

The History Of Doraville

Incorporated in 1871, Doraville began as an agricultural community that complimented the surrounding farmland. Soon after World War II, officials took advantage of the numerous railroad lines running through the city and partnered with General Motors in order to build its newest assembly plant.

This spurred rapid growth in Doraville, and in the late 40s, its first subdivision, Guildford Village, was in the works. Throughout the next 40 years, Doraville grew at an astounding pace via annexation of Northwoods and Oakcliff, two smaller neighborhoods located near the city.

By the 1980s, immigration was in full swing, and many Asian and Latin American families settled in Doraville, creating one of the most diverse communities in the country. MARTA built a station in Doraville in 1992, bringing professionals and students into the city. By 2008, however, growth slowed, and the Great Recession forced GM to close the plant.

However, 2015 and 2016 was a banner year for Doraville, seeing the vacant plant razed and plans for a new live/work/play and movie studio development created. The future is bright for Doraville, and residents are excited to experience a new phase of life. 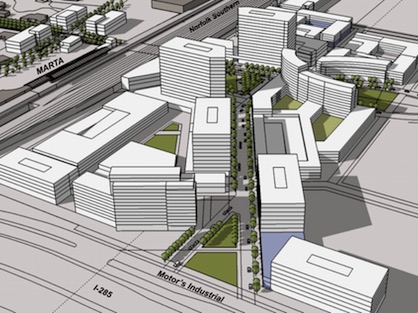 The real estate market in Doraville should get a nice boost from the redevelopment of the old GM Plant location. Formally an assembly plant until GM closed the site in 2008, new owners have big plans for the 165-acre plot.

Now known as Assembly, the development will be home to a 270,000 square foot office and movie complex called Third Rail Studios. On that note, an additional entertainment section is being tentatively planned, called the Yards.

The film industry in Atlanta is booming, and Assembly will be one of the first major film studios on the north side of Atlanta.

In addition to film and office space, Integral Group plans to create a residential and commercial section, as well, with walkable streets and parks along with dining, shopping, and other retail options. Atlanta first saw this type of development in the early 00s with Atlantic Station; Assembly will be 30 acres larger than the midtown hub. Assembly will open in stages, with some office space planning to open in late 2015 and the movie studio in January 2016.

According to the US Census Bureau, Doraville has 8.9% people under 5 years of age, and 7.2% people over 65 years. Females make up 45.2% of the population. 49% of the population is Hispanic or Latino, followed by 44% Caucasian and 17.7% Asian. The median household income is around $40,000 with a mean travel time to work of 33.1 minutes. The weather varies, as weather does in Georgia, but average temperatures range from 45 in January to 85 in July. 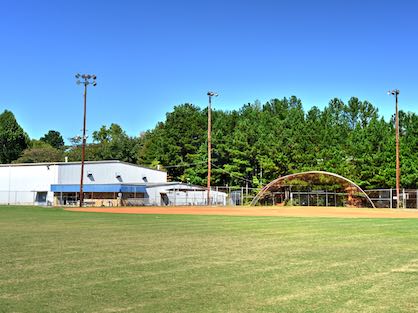 There are many recreational options in Doraville, some are organized, some aren't. Like most cities, Doraville also offers youth sports to its younger citizens. From soccer to baseball, football to cheerleading, there is a youth sport for your child, no matter his or her interests. Dance classes are available, as well. In addition, Numerous aerobics classes are taught around the city of Doraville throughout the week. Here are some of the notable centers for local recreation: 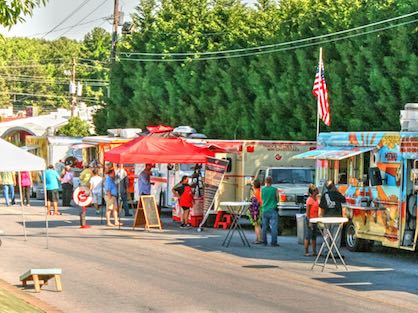 Christmas Tree Lighting Ceremony - Every year in late November the tree is lit at City Hall in the presence of Santa and his elves.

Halloween Spooktacular - Doraville’s annual Halloween Party is held each October at the Doraville Library. There are games, spooky stories, songs and a costume contest.

Holiday 5K 4 Kool Kids - This annual late November event is an official qualifying race for the Peachtree Road Race. The event also features a “Tot Trot” that begins at 5:30PM.

Movies Under the Stars - Movies are shown on a 30 foot screen at Honeysuckle Park starting at dusk.

Dog Dayz - The event is for dogs, dog owners and people that love dogs and the companionship they provide. It is a family-friendly event that will feature balloons and a bouncy house for the kids as well as dog contests, local artists, art market, bake sale, baked good raffle, complimentary hot dog picnic and a blessing of the dogs.