<<< Back To Duluth Real Estate & Homes For Sale

About The City Of Duluth, GA. 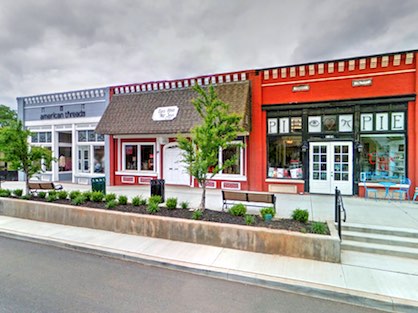 As with most Georgia cities, the land that Duluth sits on originally belonged to the Cherokee Indians who called the area home from around the early 1800s until the war.

Old Peachtree Road, still in existence today, was originally a main trail that led from Fort Peachtree to Fort Daniel during the War of 1812. In 1818, Gwinnett County was founded and the Native Americans moved out while white settlers moved in.

Duluth was officially named in 1871 and the railroad came not long after, which led to an enormous increase in Duluth’s economy and population. Several churches, a schoolhouse, and two banks were subsequently built, a few of which still remain today.

Growth continued throughout the 20th century, with an increase in population and real estate among the notable happenings. Duluth boasts plenty of recreational activities, including several shopping malls, golf courses, concert venues, and outdoor recreation options. Downtown Duluth has plenty of options in itself, including numerous shops, restaurants, a park, and annual festivals. Named the Best Affordable Suburb in Georgia as well as 26th in the nation in America’s Best Places to Move, Duluth is a popular, happening city that will only continue to grow.

Duluth is host to many annual concerts and festivals that draw residents and visitors alike. Art Week, Duluth Celebrates America, Duluth Tree Lighting, Duluth Rotary Car Show, Duluth Fall Festival, Flicks on the Bricks, Howl on the Green, New Year’s Eve Extravaganza, and the summer Stage Concert Series are only a few options to explore. In addition, there are some notable attractions in Duluth, some of them include: