<<< Back To Dunwoody Real Estate & Homes For Sale

About The City Of Dunwoody, GA. 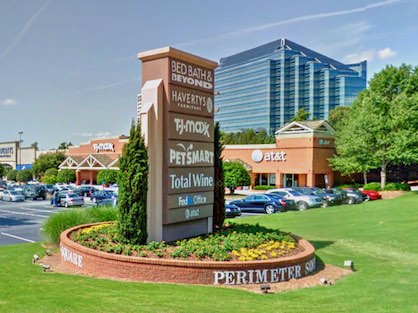 Like many Atlanta communities, Dunwoody was established in the early 1830s by its namesake, Charles Dunwody, a Civil War veteran. By 1881, the Roswell Railroad had laid down tracks straight through Dunwoody, running from Chamblee Dunwoody Road to the Chattahoochee River.

The railroad quickly elevated Dunwoody into one of the busiest and most popular areas of Atlanta, and the community thrived even after Roswell Railroad closed.

Numerous churches, schools, and other businesses opened during this run that are still around today, including the Ebenezer Primitive Baptist Church, Dunwoody Elementary School, and several cemeteries.

A City With Much To Offer

The 1960s brought development, and Dunwoody became a suburban destination with both Perimeter Mall and Dunwoody Village opening within a five year span. In 2008, after a long fight, Dunwoody became officially incorporated and joined the ranks of nearby communities as a city. There are numerous shopping, dining, and entertainment destinations within Dunwoody city limits, including Perimeter Mall, Dunwoody Village, Spruill Center for the Arts, and Perimeter Center.

Residents and visitors alike enjoy plenty of annual festivals and events, on which Dunwoody prides itself. From real estate to government, shopping to dining, from January to December Dunwoody is a bustling city filled with interesting things to do, people to meet, and plenty to see.

Built in the mid-00s, Perimeter Center is one of the original live/work/play communities that are now so ubiquitous around Atlanta. Apartments, condos, office buildings, and retail space combines into a useful, walkable area that is growing all the time. Perimeter Mall, part of Perimeter Center, was built in the 70s and is the second largest mall in the state, with just over 1.5 million square feet of shopping space.

One of the focal points of historic Brookhaven is the Brookhaven Country Club. Part of the Capital ... Read more