<<< Back To Johns Creek Real Estate & Homes For Sale

About The City Of Johns Creek, GA. 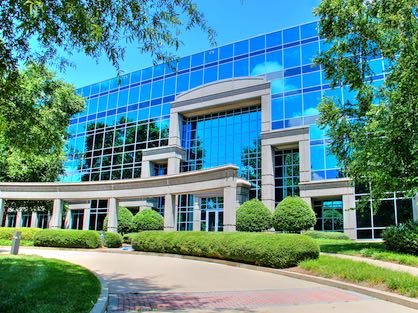 In the early 1800s, most of North Georgia was Cherokee land, and the individual cities and communities we know today were simply trading posts and crossroad communities.

Johns Creek was no different. Eventually, pioneers moved in, the Native Americans were moved out, and the community that would eventually be Johns Creek was formed. It took until the early 1980s, however, for the name Johns Creek to surface.

1700 acres of land were developed for a new business and technology park, the name Johns Creek was seen on a map, and the community was born. Many businesses, including Fortune 500 companies, now call Johns Creek home.

Johns Creek followed in the footsteps of Sandy Springs and became an incorporated city in 2006. Since then, the city has grown in leaps and bounds, becoming a mecca of not only business but also a desirable place to live and raise a family, as well as a major cultural and recreation center. The city has a professional symphony orchestra, a large arts center, and several annual festivals that draw both locals and visitors. Golf, tennis, and outdoor recreation areas define the city as well.

A relatively new city, Johns Creek has yet to build the quintessential live/work/play development that so many other cities have. However, the quaint shops and restaurants that are spread throughout the city more than make up for it. Favorites include Twisted Taco, Pampas Steakhouse, Kitchen of Atlanta, 1001 Nights Persian Cuisine, Sugo, Bonefish Grill, Noosh Kitchen, and RosaMia.

Johns Creek is home to one of the few H Mart’s in the Atlanta area, a large Asian grocery superstore that chefs and home cooks alike like to frequent. Johns Creek Town Center is an outdoor shopping mall that features Kohl’s, Michael’s, TJ Maxx, Stein Mart, and several restaurants.

Things To Do In Johns Creek

The Johns Creek Symphony Orchestra is the metro area’s only part-time, professional symphony orchestra and performs numerous times each year. Likewise, the Johns Creek Arts Center nurtures young artists by offering camps and classes. There are plenty of annual festivals in Johns Creek, each beloved in its own way.

Founders Week is celebrated every December, and the Fall Family Festival takes place in September. Arts on the Creek is the city’s art show, while The Taste of Johns Creek takes place in the fall and features the best of around 40 Johns Creek restaurants.

The Atlanta Athletic Club was also the site of the inaugural Atlanta Tennis Championships in 2010. Johns Creek is home to thousands of members of the Atlanta Lawn Tennis Association (ALTA), one of the largest and oldest organized recreation leagues in the country.

If the outdoors call you, then Johns Creek has some options. Six golf facilities call Johns Creek home, including the Atlanta Athletic Club where the 2011 PGA Championship was held. The Atlanta Lawn Tennis Association is centered in Johns Creek. The Chattahoochee River runs alongside Johns Creek for more than 13 miles, and there are plenty of spots for fishing, boating, and other water sports. There are also miles of hiking trails and areas for picnics.