About The Colonial Home Style 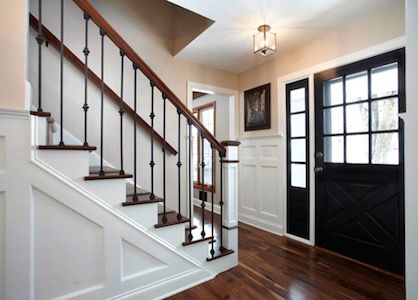 Originally evolved from European architectural styles, the colonial home style originated in the 1600s and has remained one of the more enduring styles in the U.S. The design is fairly consistent, a square style with an equal amount of windows and a central door, along with two, three, or four stories.

The design itself can be traced back to England, and can be seen today, mainly in New England and the southern area of the U.S.

More About The Colonial House Style

Colonial style floor plans were designed with both simplicity and efficiency in mind. There are many colonial styles, including the federal, saltbox, and the garrison. Of all the styles, the center hall colonial is considered by many as the true colonial and is universally marketed the most. Although there have been some stylistic changes to the colonial house, the main theme of the house remains the same. Though the center hall colonial is getting bigger and has more variations, it will never go out of fashion with homeowners.

Depending on the geographic area and finishes, center hall colonials can vary greatly in price. They still remain very appealing to home buyers, especially families because of the bedrooms tucked away upstairs with the living space all on the first floor. Another appeal of the colonial is the ability to easily renovate and add additions for more living space.

Very often you’ll find that the rear of the home has been expanded for a larger kitchen and great room, which then supports an upstairs master bedroom suite. The attic level can also sometimes be made into a finished third floor with dormers, provided adequate ceiling height is present.