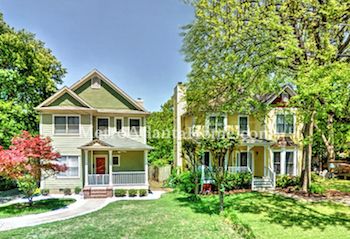 The neighborhood of Grant Park boasts the largest remaining area of Victorian architecture in the city. Most homes have been remodeled but date back to the neighborhood’s founding in 1882 up to the 1920s. There is also a healthy mix of Craftsman bungalows, as well as one-story Victorian style homes. Whether you’re searching for an historic neighborhood to call home or simply for an afternoon picnic spot, Grant Park is the way to go. 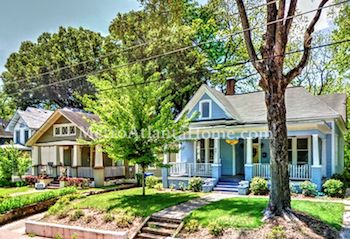 Grant Park was first imagined after 144 acres were given to the city from engineer Lemuel P. Grant; the Olmsted Brothers, sons of Frederick Law Olmsted, were commissioned to create an architectural landscape plan. Over 2 million people visit the park every year, especially in the autumn when the leaves change color and the skyline can be easier seen. Supporters established the Grant Park Conservancy in 1996, and the park has thrived since.

The neighborhood surrounding Grant Park is important all on its own. On the National Register of Historic Places since 1979, the neighborhood has seen its share of trials, but has always come out on top. The neighborhoods of Cabbagetown, Ormewood Park, Boulevard Heights, and Peoplestown surround Grant Park, and historic Oakland Cemetery lies to the north. 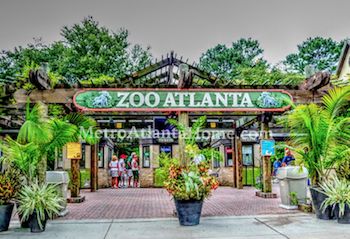 Grant Park, the fourth largest park in the city of Atlanta, is quite possibly one of its most recognizable landmarks. Established in 1882, the park, along with the surrounding neighborhood, is considered the oldest city park and neighborhood in Atlanta.

Zoo Atlanta is a major draw for visitors and locals alike. With a wide variety of animals and exhibits, the zoo allows visitors to see hundreds of amazing animals up close and in person. In addtion, the zoo plays host to various special events throughout the year, making it one of Atlanta's must see attractions.

How To Sell Your Home By Owner - Georgia FSBO Guide

I know what you’re thinking. Why would a real estate agent give homeowners (potential ... Read more

The Basic Tools For Every New Homeowner Buying a home is one of the biggest financial decisions ... Read more