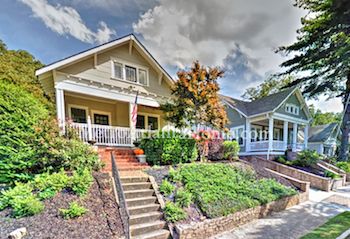 When one makes the decision to make Inman Park home, there are several options to choose from. Single family homes, built in both the early 1900s and the 90s and 00s, are a popular option. Styles include Victorian, Craftsman bungalow, and traditional. Additionally, a great number of old mills and factories have been converted into luxury lofts and residences, providing potential residents with both history and style. 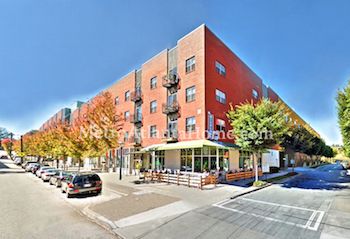 Known as Atlanta’s first suburb, Inman Park has a rich history that reaches back to the 1880s. Joel Hurt, an Atlanta engineer and developer, planned Inman Park around the idea of connecting the neighborhood to the city via electric streetcar lines. It was known as one of Atlanta’s elite neighborhoods, where the most important citizens came to live.

Numerous mansions were built, and people flocked to the newest neighborhood to connect to the streetcar system. After the automobile appeared on the scene, however, upper class citizens moved north and Inman Park fell into decline. Gentrification didn’t begin until 1969, but once it began it paved the way for other in-town neighborhoods to follow.

Today, Inman Park is known for its historic homes as well as mixed use developments, most notably North Highland Steel and Inman Park Village. Factories have transformed into luxury condos, retaining the exposed ductwork, hardwood floors, and large windows. The Krog Street Market is a popular shopping and dining destination that opened in 2014, to much anticipation and acclaim. There are also numerous small shops and restaurants scattered throughout the neighborhood, only adding to Inman Park’s unique feel. 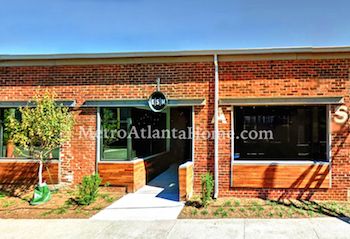 Inman Park lies between the borders of the Beltline, Freedom Parkway, Moreland Avenue, and Dekalb Avenue. Architecture in Inman Park is a real draw; demonstrated styles include Queen Anne and Italian mansions as well as smaller bungalows and shotguns. In addition to Atlanta’s finest examples of 19th and 20th century architecture, numerous parks dot the landscape.

Springvale Park, site of the Battle of Atlanta, lies within Inman Park’s boundaries. Part of Freedom Park, as well as the Beltine, call Inman Park home. There are also several smaller parks that are within walking distance to residents and visitors alike. From historic homes to large parks, incredible architecture to unique shopping, Inman Park should be a destination for all.

Student Loan Debt: A Hurdle For Many First-Time Buyers

It’s the American Dream – graduate from college, get a job, get married, and buy a ... Read more